How do we keep our planet alive? 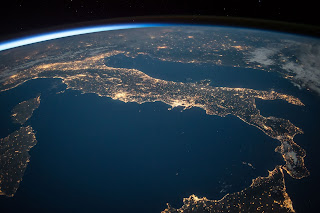 How do we keep our planet alive? This indigenous community in Ecuador’s Amazon hopes to help answer that question.

Over 10 years ago, my mother, who is a nurse, went with a couple of doctors and a few volunteers to the Amazon rainforest in Ecuador to give people free health care. I don’t remember all of the details now, but I believe it was at the invitation of the Ecuadoran government. I went along to make photographs. It was one of the most interesting experiences I’ve had as a photographer, even though it was a very brief trip.

It all started out a bit rocky though because my passport was very close to expiring. When I got to the airport to catch my flight to Quito, the airline wouldn’t let me on the flight. In the next couple of days, I quickly got an expedited passport and was eventually on my way. My mother and the rest of the group had already made it from Quito down into the areas where they were providing basic health care.

The first thing I remember upon arriving in Quito was feeling the elevation. It is the second highest capital city in the world (La Paz, Bolivia, is the first), at over 9,000 feet above sea level. The next thing I remember was being met by a retired Ecuadoran army captain who would drive me what felt like all night along the Pan-American highway to an army base in a town called Shell, nestled along the Ecuadoran Andes mountains. Once there, I slept for a couple of hours before being flown on a small Ecuadoran army plane to meet up with my mom and the rest of the group.

It seems pretty surreal even thinking about it now, over a decade later. The short flight to meet up with the group ended up giving me breathtaking views of the Amazon River, snaking its way through the dense foliage of the rainforest below. Once down on the ground, I went along with the group to a small Kichwa community where my mom and others were tending to people’s health-care needs. We drove to the community in a caravan of Toyota four-wheel drive vehicles. I had never been to Ecuador, much less to a rainforest. The foliage seemed so vivid and hypnotic, like nothing I had ever seen before. Our vehicles broke down in thick mud and we had to struggle our way to the community on foot.

It was an incredible, and now indelible, introduction to one of the most unique places I have ever been. My own photos from that time barely capture any of the beauty of the place or the people. How could they? I was only there for a very brief time. That’s not enough time. But I recently was put in touch with Misha Vallejo, an Ecuadoran photographer who has spent considerable time documenting life in the rainforest, with a specific focus on an indigenous Kichwa community.

Vallejo’s project (which has also been published as a book with the same name), “Secret Sarayaku,” explores the daily life of that community. He told me that the community is battling climate change using its ancestral knowledge with help from the modern world, specifically through the Internet. The community is known as Sarayaku. Vallejo told me in an email:

“The Kichwa people of Sarayaku have always held a physical and spiritual connection with the jungle and its Supreme Beings in order to maintain equilibrium within their world. They believe in the ‘Living Forest’, which states that the jungle is a living, conscious and rights-bearing entity in which all elements have a spirit and are interconnected.

If one aspect of this is damaged, it will trigger a chain reaction affecting all other parts of the jungle. In order to spread this philosophy around the world, the Sarayaku use social media and have become cyber-activists, thanks to the satellite Internet connection they have installed.

The community is convinced that by sharing their life in the jungle, they will inspire people around the globe to implement different strategies in the fight against climate change. Nevertheless, this connection with the ‘outside world’ is a double-edged sword and has resulted in an ever-greater presence of Western culture within their everyday life.”

Vallejo tells the story of this indigenous community and its transformation into cyber activists through extraordinary photographs. The book takes us into the Amazon rainforest and into the lives of people who want to protect their way of life from the damaging encroachment of big oil companies. It may seem as though this story is one of a far away problem but it is really opening our eyes to one that affects the whole world. As Vallejo says, “This documentary opens the debate on how we can keep our planet alive. The Sarayaku are at the forefront of the fight to mitigate climate change; the question is, where are we?”

Vallejo’s photos are at once lush and intimate, giving us a poetic and honest account of what life is like in Sarayaku. Through Vallejo’s lens, we see indigenous community members not only going through the motions of living their lives according to tradition, but also them adapting to the modern world through technology to embolden them in their fight to save their traditions. And so we see photos of a monkey pelt and bird feathers smoking away at a hunting camp deep inside the jungle. But Vallejo also shows us people using computers to access the Internet’s vast highway of information. Combined, Vallejo’s images show us a community fiercely holding on to its identity while fighting against any efforts that would make that fade away.

The veracity of Vallejo’s images is only increased by the fact that he is, in fact, from Ecuador. Unlike so much photographic work that has been done, Vallejo hasn’t parachuted into a country in search of the exotic. Vallejo lives there. It is, as they say, his “backyard.” The world needs more work like this and less from people just stopping by (which, frankly, is what I was doing when I went there). It brings a more complete and accurate view of the world to our eyes. And that is not only a good thing, it is what we should be aspiring to do.

You can seem more of Vellejo’s work, here. An interactive web documentary of Vallejo’s project is here.

In Sight is The Washington Post’s photography blog for visual narrative. This platform showcases compelling and diverse imagery from staff members and freelance photographers, news agencies and archives. If you are interested in submitting a story to In Sight, please complete this form.

More on In Sight:

Despite being ravaged by the coronavirus, life goes on in the North Caucasus

Popular posts from this blog

How to answer the question how are you

November 19, 2020
“How are you?” “I’m fine, thank you.” I’m certain one of many very first stuff you discovered to say in English was, “How are you?” Individuals will in all probability ask you this query A LOT! It’s very easy to reply , however there are some things to recollect . Right here ’s how one can really feel snug answering this query , each time. 1.  “HOW ARE YOU?” IS SIMPLY  ANOTHER WAY TO SAY HELLO  — HERE’S HOW TO ANSWER More often than not , we use this query as a well mannered option to say hey , and also you don’t must say something about how you might be actually feeling.  Say one or two optimistic phrases , thank them for asking, and ask them the identical query . Any of those solutions will work nearly the entire time: “ Nice , thanks . How are you?” (very optimistic ) “Good, thanks, and also you ?” ( optimistic – that is the most typical reply )  “ Advantageous , thanks. How are you?” ( rather less optimistic – I’m okay) Your reply will rely on t
Post a Comment
Read more

November 13, 2020
How to view private twitter account without following In this way, you can  see private tweets  using various third-party tools and various methods that allow you to hack these private accounts on Twitter so that you can see them. You need to install third-party tools or applications if you like because they are designed to make your work easier, you don’t have to anything if you have one. So, in this way, you can view protected tweets on Twitter easily and comfortably without having to break any laws.
Post a Comment
Read more